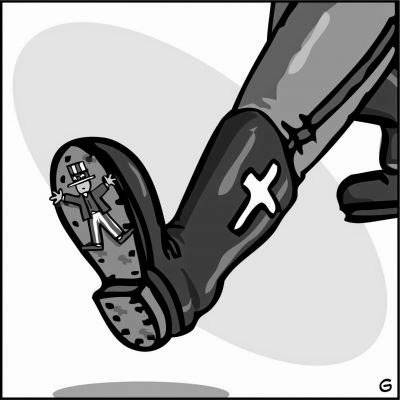 Right-wing lawyer Mat Staver has claimed that homosexuality has cost the government more than $225 billion.
On his Freedom’s Call radio bulletin Wednesday (15 April), the former Seventh-day Adventist pastor discussed 'the damage of homosexuality.'
Staver is the founder of the anti-gay law firm Liberty Counsel, which provides free legal assistance in defense of 'religious freedom,' abortion and the 'traditional family.'
'Studies repeatedly show that homosexual conduct can result in significant cost to the community that encourages it,' he said.
'Same-sex marriage leads to the devaluation of both a mother and a father, who each provide a unique contribution to the family.
'Studies estimate that over the course of 26 years, our government spent more than $225 billion that could be directly attributed to the breakdown of the family culture and its resulting social consequences.'

Staver added that LGBTI people need to understand 'that their actions have costly consequences to the community that surrounds them and to themselves.'

No Mat, what you need to understand is that you and people like you should quit blaming the gay community for your own iniquitous behaviors.
As a friend pointed out recently, when a conservative female relative of his bemoaned that, though she was for him and his partner wanting the same legal rights as str8 couples, she drew the line at "us" calling it marriage and that she believed it would further dilute and erode the institution.
To which he responded: "If my marriage in any way affects yours or any others str8 persons marriage, then all I can say, is that one of you is gay."

Just for the record though Mat...marriage equality hasn't happened yet, sure it's legal in a majority of states, but that's only been in the last couple of years...so exactly how did we destroy your  marriages starting 26 years ago, or is that, like the 225 billion and those supposed *studies* you cite, it's all lies and bullshit meant to scare the weak minded into sending you money to defend them from something that doesn't exist (except in their own minds)?

I wish I could feel bad for the ignorant and uneducated who believe this and send him money.