Anti-gay Pope 'rejects' France's Vatican ambassador because he is gay 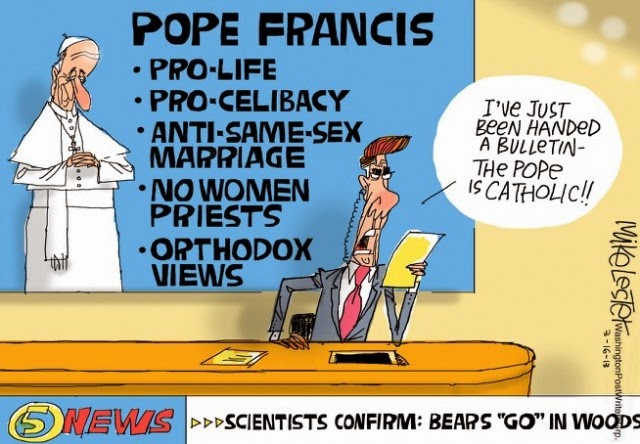 Pope Francis has reportedly refused to accept the nomination of the new French ambassador because he is gay.
Laurent Stefanini, a close aide of President François Hollande, was nominated in early January but the Vatican has yet to accept his credentials.
As envoys are normally accepted within six weeks, and as the Vatican does not explicitly refuse credentials, a prolonged silence is being taken as a rejection.
French media have widely reported that the rejection happened because of Stefanini's sexuality, with Le Journal du Dimanche quoting a Vatican inside saying it was 'a decision taken by the pope himself'.
Hollande put forward Stafanini as he considered him as 'one of our best diplomats'.
Pope Francis is wrongfully seen as taking a far less judgmental position on homosexuality than his predecessor Benedict XVI, who considered gay people a 'defection of human nature.'
But the leader of the Catholic Church is still opposed to gay marriage and adoption, and famously earlier this year compared trans people to nuclear weapons.

The Vatican has refused to comment.
Posted by Ulf Raynor at 5:05 PM