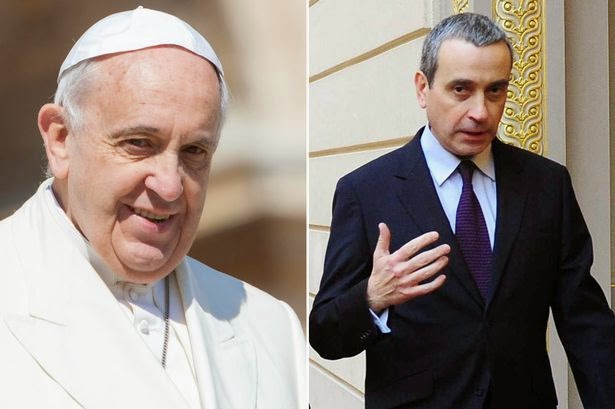 France’s openly gay pick to become its next ambassador to the Holy See has met with Pope Francis only to be told he is unacceptable for the job, according to new reports.
Laurent Stefanini met with Pope Francis for a 15 minute audience over the weekend, according to the Le Canard Enchâiné newspaper, and was told that France’s legalization of same-sex marriage in 2013 was part of the reason he could not accept him into the Vatican’s diplomatic community.
Stefanini was previously a deputy ambassador to Vatican City from 2001 to 2005 so it may be possible that Pope Francis is worried about the prospect of a gay ambassador to the Vatican getting married during the period of their diplomatic posting.
The French Government confirmed the meeting had taken place at a regular press briefing on Wednesday but denied that Stefanini has been rejected by the Vatican as France’s candidate.
‘There was a meeting between the Pope and Mr Stefanini,’ French Government spokesman Stephane Le Foll said on Wednesday, according to the Reuters news agency.

‘But nothing has changed. France has proposed a candidate and for the time being we are waiting for the Vatican's reply after the usual discussions and review of his candidacy.’
Posted by Ulf Raynor at 4:42 PM