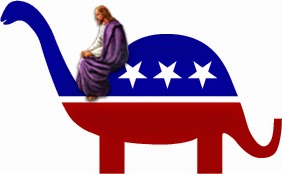 The Supreme Court on Monday refused to hear an attempt by the National Organization for Marriage (NOM) to overturn a federal judge's ruling striking down Oregon's ban on gay marriage.
U.S. District Judge Michael McShane ruled the ban unconstitutional last May, making Oregon the 18th state where gay couples can marry. Gay couples started exchanging vows in June after the high school refused to block implementation of the ruling.


Attorney Lake Perriguey, who represents some of the plaintiffs, called NOM's continued effort to intervene in the case “a distraction.”
“It's a distraction we don't have to worry about anymore.,” he told The Oregonian.
NOM said that it became involved in the case because state officials refused to defend the ban in court. In public comments, the group accused officials of colluding with LGBT advocates.
“This case is an ugly spectacle of the state refusing to defend the sovereign act of its voters to define marriage as the union of one man and one woman and instead working jointly with the plaintiffs to redefine marriage,” NOM Chairman John Eastman said in a blog post.
In asking the high court to block implementation of McShane's ruling, NOM argued that without the ban many of its members in Oregon “will suffer particular harm,” including “a county clerk and several members of the wedding industry who will suffer material harm if the ruling is implemented.”
Posted by Ulf Raynor at 5:11 PM