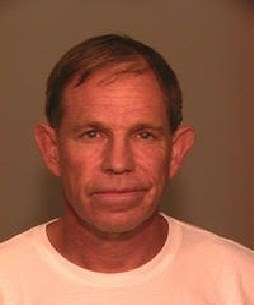 Caleb Hesse, 52, is a well known anti-gay activist and former elementary school teacher. He has been charged with four lewd acts on a child. The investigation is in its early stages and incidents of abuse going back to 1987 have been reported, but that is by no means a cut off point for Hesse's abusive history and authorities are encouraging anyone with knowledge of past abuses to please contact them. Some of Hesse's victims may now be 40+ years old.
The former youth group volunteer confessed to police that he had "inappropriate" contact with children over the last three decades, with the most recent sexual abuse happening in the last week. Many of the abuses took place at summer camps hosted by the Evangelical Free Church of Yucca Valley where Hesse was an active participant and supervisor since the early 1980s.
It has been locally reported by KESQ.com that Hesse is currently being held on $2.5 million bail at Morongo Basin Jail.
Hesse's church, the Evangelical Free Church of Yucca Valley, is incredibly homophobic and requires members to actively disavow the homosexual lifestyle if they wish to remain members. Homosexual activity is taboo and the bylines of the church say that they recognize people do have homosexual feelings -- but members are expected to not acknowledge or act on them. The church lays out specific guidelines, including that if one is a known homosexual they must prove they have lived a godly life for a minimum of 5 years. How this criteria is determined or verified has not been detailed.
The former teacher also owns the website protectmarriage.com, detailed by conservativebabylon.com, which is a front used to collect donations for the "proposition 8 defense fund." Proposition 8 was a law that amended the California constitution to specifically say that marriage is only between a man and a woman. The law was passed by a margin of over 700,000 votes, but it was subsequently deemed unconstitutional by several rulings from the California Supreme Court and Appeals courts.
Caleb Hesse's next scheduled courtroom appearance is Monday August 27, 2012
Aw the fruits of true Christian love, I guess you do reap what your sow.
Posted by Ulf Raynor at 4:20 PM