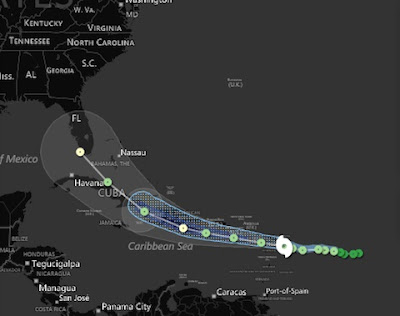 As Reported on the Towleroad: With Tropical Storm Isaac forecast to approach South Florida by Monday morning, the mayor of Tampa, Bob Buckhorn, says he'll cancel the Republican National Convention if need be:

“Obviously public safety is going to trump politics,” Bob Buckhorn said on CNN’s “Starting Point.” “If we had to make that decision to cancel or to postpone or move the convention, we will do that knowing full well that my obligation and the city’s obligation is to move people out of harm’s way. The politics will take care of itself.”
But why would God do such a thing?

Truly a valid question considering *religious* leaders like Pat Robertson love telling us sinners how God uses natural disasters to punish those not in alignment with his principles.
Maybe, just maybe God really is punishing someone, I just don't think they realize just who is being punished.