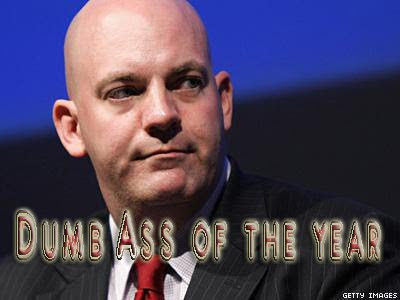 Groups representing gay conservatives vented their frustrations with marriage-related language in the Republican Party platform even as they took comfort in demographic trends that favor equality over the longer term.
"Tony Perkins may be boasting today about having written an antigay marriage plank into the Republican Party platform, but it will be a hollow and short-lived victory," said Log Cabin Republicans executive director R. Clarke Cooper in a statement. "The obsessive exclusion of gay couples, including military families, from the rights and responsibilities of marriage, combined with bizarre rhetoric about 'hate campaigns' and 'the homosexual rights agenda' are clear signs of desperation among social conservatives who know that public opinion is rapidly turning in favor of equality.”
The platform committee adopted language Tuesday that takes a stronger tone and more explicit stance against marriage equality compared to the 2008 platform. This year, the Republican Party reiterated its support for a federal constitutional amendment to ban same-sex marriage, but it also attacked the “open defiance” of the Obama administration in “its handling of immigration cases, in federal personnel benefits, in allowing a same-sex marriage at a military base, and in refusing to defend DOMA in the courts.” The platform also supports the “campaigns underway in several other states" to amend their constitutions to outlaw marriages between same-sex couples.
Perkins, the president of the Family Research Council, took credit publicly as the author of the marriage plank. The language’s approval shows that social conservatives maintain a strong influence within the Republican Party despite efforts by Log Cabin and others to advance the conversation.
The platform proceedings in Tampa, Fla., where the Republican National Convention begins this Monday, included debate on amendments in support of civil unions and to delete the DOMA language. The measures proposed before the platform committee chaired by Virginia governor Bob McDonnell failed. Barbara Ann Fenton, a delegate from Rhode Island, offered the civil unions amendment, which was seconded by Themis Klarides, a member of the Connecticut House of Represenatives. Pat Kerby of Nevada offered the amendment to strike DOMA.
According to Politico, Kansas Secretary of State Kris Kobach opposed the amendment against DOMA “on the ground that government routinely regulates behaviors like drugs and polygamy,” where he said, “We condemn those activities even though they’re not hurting other people, at least directly.”
James Bopp, an attorney for the National Organization for Marriage from Indiana who chaired one of the subcommittees that drafted the marriage language, told the larger platform committee that “the GOP benefits politically from supporting a constitutional amendment banning same-sex marriage,” Politico reported. He pointed to the passage of Proposition 8 in California four years ago and the recent constitutional amendment in North Carolina as evidence that “strongly supporting traditional marriage is actually quite popular.”
Young Conservatives for the Freedom to Marry, which sent a letter last week asking the platform committee to avoid language opposing marriage equality, objected to the final product in a statement. The group, which launched this year, argues that marriage equality aligns with Republican principles, while polls show that increasing majorities of American under age 30, regardless of party affiliation, support the issue.
"As conservatives, we believe that the freedom to marry is directly in line with the core ideals and principles of the Republican Party - less government, more individual freedom, personal responsibility and the importance of family,” said the group. "Personal freedom is the foundation of the Republican Party, which, as the party of Lincoln, has a proud tradition of expanding liberties. It is that legacy that we hope Republicans will continue to build upon long into the future."
Log Cabin has not yet announced whether it plans to endorse Mitt Romney, the presumptive Republican presidential nominee, and his running mate, Paul Ryan. GOProud, which has endorsed the top of the Republican ticket, blasted the platform process when contacted for comment. The group represents gay conservatives and their straight allies.
"The platform is a meaningless document, granting no rights or responsibilities,” said executive director Jimmy LaSalvia. “Those who have engaged in this public platform fight have provided distraction from important issues and damaged Mitt Romney's campaign."
Log Cabin’s Cooper said that “despite abysmal marriage rhetoric,” the 2012 Republican platform represents an “improvement” for LGBT Americans in other respects. His group participated in the platform drafting process for the first time this year.
“Log Cabin Republicans advocated for the exclusion of any language calling for the return of 'don't ask, don't tell' - there is no longer any reference to the supposed 'incompatibility of homosexuality with military service,’” he said. “We are pleased that the 2012 platform's language on refugees no longer presents a barrier for asylum of LGBT people who are persecuted and threatened with execution in places like Iran. Finally, we appreciate the inclusion of language recognizing that all Americans have the right to be treated with dignity and respect.”
Um duh...what the hell did this dumb ass think the Republican party was going to do...embrace them and call them "brothers"?
Reminds me of the story of the tortoise and the scorpion.
Posted by Ulf Raynor at 4:44 PM