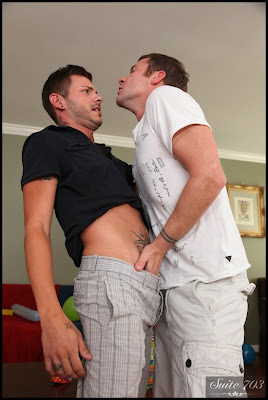 In its recent editorial ("Misinformation campaign," Aug. 26), The Sun correctly identifies the theme that "gay marriage will be taught in schools" as unsupported nonsense. However, in doing so the editors overlook the sinister underlying message and its intent.
First a bit of history. Frank Schubert, the public relations consultant who serves as National Organization for Marriage's campaign manager (Maryland Marriage Alliance is NOM's local franchise), came up with this attack line during California's Proposition 8 campaign in 2008. He claimed that it created a very strong visceral reaction in a focus group. Mr. Schubert used the same talking point in Maine's Question 1 contest the following year. He was successful in both campaigns.
The underlying motif is the notion that, if anything about gay people is taught in schools, it might cause one's child to choose to be gay, which is a very, very bad thing. In other words, gays are a threat to children. Thus, the more important response to this attack is that sexual orientation is neither contagious nor a choice. While Mr. Schubert often frames this as an issue of religious liberty and parental rights (teaching something that conflicts with a parent's religious beliefs) it is only effective because parents are uncertain about one very basic scientific fact — they have no more control over the sexual orientation of their children than they have over the hair or eye color.
It is not enough to point out that the message is disingenuous. It is important to explain the false premise, irrespective of how subtle it might be.
Over 30 years ago, a very liberal, pro-gay politician wrote in an op-ed that "homosexuality is not a contagious disease like the measles." That politician was Ronald W. Reagan, and he helped to defeat a 1978 California measure with a similar message. That measure became known as the Briggs Initiative and it would have banned gays from working in California's public schools.
Some bad ideas never die. Mr. Schubert knows that the tactic is as important as the lie. In this case, he would like to make this a choice of whether or not people believe that marriage equality would be a subject for instruction in public schools. Voters need only embrace the idea that it might be taught and it is a bad thing to vote against equality.
Well, marriage equality is not just about equal protection under the law. There exists a very real issue involving children in the United States. There are roughly 2 million kids being raised by gays — some by gay couples. Don't some of these children deserve the stability and security that only married parents can provide?
Posted by Ulf Raynor at 5:10 PM