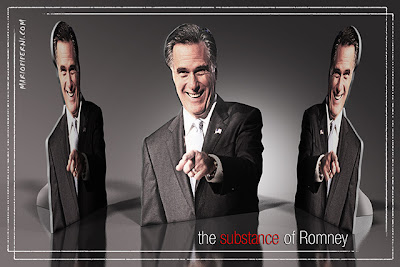 A treasure trove of leaked documents about Mitt Romney's finances may not contain earth-shattering revelations, but could at least make life awkward for the presumptive Republican nominee for president.
The documents were obtained and posted online by Gawker at a time of unusually high interest in Romney's finances. Though they are not nearly as revealing as the years of tax returns he refuses to release might be, they still have enough information and detail to make Romney uncomfortable. They show he has money indirectly invested in companies on which the Mormon church might frown and also highlight the lengths to which his complicated investments are shielded from taxes.
For example, Romney is invested in Sankaty High Yield Partners II LP, a debt fund affiliated with the private-equity firm Bain Capital, which Romney co-founded. Sankaty has loaned money to a variety of questionable companies, including the now-embattled Las Vegas Sands Corp., according to documents obtained by Gawker.
Las Vegas Sands, which is owned by famed Republican donor Sheldon Adelson, is currently facing multiple Justice Department inquiries. The first focuses on possible violations of the Foreign Corrupt Practices Act, a U.S. anti-bribery law, related to the company’s casinos in Macau, China. The second is probing allegations that Las Vegas Sands failed to report millions of dollars of possibly laundered money transferred to its casinos by two big-time gamblers.
(Read the full Gawker report here)
Posted by Ulf Raynor at 5:44 PM