Gay Athletes Did Better Than Straight Athletes At The London Olympics 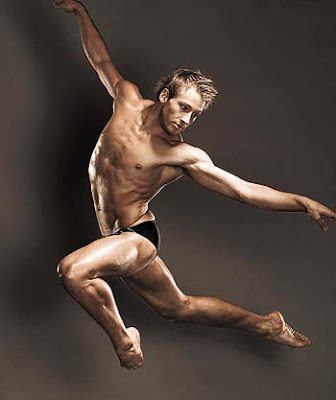 You often hear about how the Olympic Games help break down walls and shatter stereotypes. Well here’s an instance where that notion goes beyond flowery hippie-speak and is proven by actual evidence: The percentage of gay athletes who medaled at the 2012 Olympics was higher than the percentage of straight athletes who medaled at the 2012 Olympics.
There were approximately 10,820 athletes participating in London. There were approximately 2,300 medals given out.
23 of the 10,820 participants were openly gay, according toOutSports. 10 of them medaled. So, 43.5% of the openly gay Olympic athletes medaled.
The approximately 10,797 straight (and closet-gay) athletes won 2,290 medals. That means just 21.2% of them medaled – and that’s without factoring in the 100-plus athletes who won multiple medals, which would make the percentage even lower.
So it’s settled. Gays are more athletic than straight people.
(I realize that statement will probably cause half of you to hole-punch your eyes or something, so realize it was a joke. I’m well aware this doesn’t provide us with a shocking revelation. But it does help refute the notion that players who come out will see their performance suffer. Sure, athletes courageous enough to come out might be more likely to be the type of athletes who win medals. Still, it’s an interesting statistic. You can put your computers down now.
Posted by Ulf Raynor at 5:05 PM