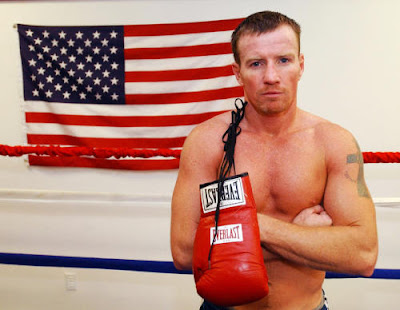 From The Towleroad:
Republican Scott Brown meant to hold an event today in which Micky Ward, the boxer who inspired the Oscar-nominated movie The Fighter, would throw his weight behind the Massachusetts Senator's reelection campaign.
Ward, however, pulled out at the last minute because, much to his chagrin, Brown does not support labor unions or marriage equality.

"I can’t support Scott Brown. I just can’t do it," said Ward about a half-hour after telling The Sun of Lowell he was backing the Republican. "I found out Scott (Brown) is anti-union and I’m a Teamster guy. I found out he’s also against gay marriage, and I say if you love someone, you should have the same rights no matter who you are.”

The Massachusetts senate race is one of the most-watched in the country. Brown, who replaced late Sen. Ted Kennedy, is going up against progressive Elizabeth Warren, a proponent of marriage equality. Though Warren was up in earlier polls, Brown has again pulled ahead. A Public Policy Polling survey released this week puts him about 5 points ahead of Warren.