And A Child Shall Lead Them... 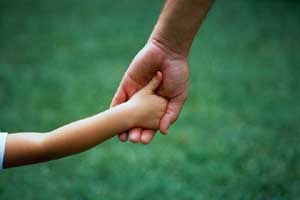 A four-year-old boy is going to the European Court of Human Rights after Switzerland ruled his two dads cannot both be registered as his parents.
And he’s hired a top lawyer with a history of winning such cases.
His proud dads conceived their child with the help of an anonymous egg donor and a surrogate in California.
They are now suing for discrimination and intrusion into private and family matters, according to German website queer.de, because Swiss authorities are failing to recognize both men as the legal parents.
In May, the Swiss Federal Supreme Court, Switzerland’s highest court, returned a two to three verdict on the matter, ruling only the man whose sperm was used to fertilize the egg could be listed as the legal parent.
The decision struck down the ruling of Switzerland’s St Gallen administrative court, which initially said the men could be listed as the child’s legal parents.
According to ggg.at, the couple’s lawyers see the Supreme Court’s decision as punishment for the men’s decision to travel abroad to use a surrogate. Under Swiss law, surrogacy is illegal.
But, under the Swiss legal code, the lawyers argue, the courts can’t ‘punish’ them despite what they did, as the surrogacy was in the US.
The surrogate mom is making no claims over the young boy.
The couple’s four-year old son has joined the action, queer.de reports, with his own lawyer arguing the child’s case.
Representing the child is Helmut Graupner, an Austrian lawyer and president of the LGBTI organization Rechtskommittee Lambda who has fought, and mostly won, a number of similar cases.
As only one of the men is listed as his legal parents, the boy has no rights in regards to care, alimentation or inheritance from his other dad. Graupner argues the child is suffering from this lack of official bond.
Under Swiss law, same-sex couples can’t adopt children together, meaning that, should the legal father come to harm or die, his partner would not be able to adopt his own son.
Posted by Ulf Raynor at 5:39 PM