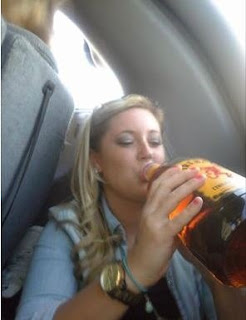 By Pink News:
Katherine Knott, the daughter of a police chief, is accused of playing a part in a brutal attack against a gay couple in the City Centre of Philadelphia.

The attack took place on 11 September last year, and while the men were attacked they recall the assailants using homophobic slurs.
The two other accused in the attack opted to take plea deals, but Knott, who is the daughter of Pennsylvania police chief Karl Knott, is defending herself in court.
Assistant District Attorney Allison Ruth made an opening statement to the jury of eight women and four men, saying evidence will prove Knott played an active role in the attack.
Ruth said Knott was “screaming and throwing punches”, and that her group of friends were cheering the fact that “a girl was hitting a guy.”

“Out there among 15 people in that crowd, she got involved,” Ruth went on.
Defense attorney Louis R Busico denied that this is the case, and described Knott as a “wonderful human being”.
Buisco said “all hell broke loose”, saying one of the gay men hit a woman, and said: “Being present while some other people commit a crime is not a crime… Don’t hold [Knott] responsible for the acts of other grown men.”
The charges she face are one of conspiracy, two of aggravated assault and other criminal offences.
A judge last week permitted anti-gay tweets sent by Knott to be used as evidence in her trial.
The tweets were revealed after Knott was accused of the attack, and include referring to gay couple kissing, saying “ew”, and “jazz flute is for little fairy boys”.
In other tweets she used the word “dyke”, referring to her own hair in a derogatory way and using the word gay as a negative.
Prosecutor Michael Barry said Knott’s tweets “clearly indicate a general dislike to a disgust of gays and lesbians and people of other backgrounds.”
“She does not like gay people. This is why the fight happened. . . . She’s one of the people who jumped in and joined the assault,” the prosecutor added.
Knott maintains that she is not homophobic.
The trial continues.

Now if you truly want to see something disgusting, pop on over to the Advocate and read Neal Broverman's  article titled:
"Op-ed: Finding Sympathy for the Most Hated Woman in America"
I'm not going to post a link, because I find the very notion that a gay man would defend (and he is defending her on the basis of her upbringing) this hateful bigot almost as unnerving as the actual crime itself.
To Mr. Broverman, I have only one answer to your op-ed, this picture of one of her victims: 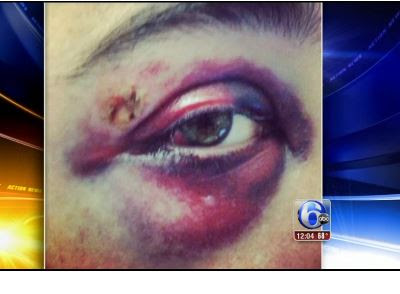