Slovenian Christians Rejoice In The Suffering Of Gay Families 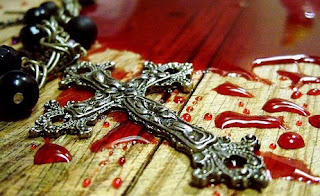 Preliminary numbers indicate Slovenia’s same-sex marriage law will face a crushing defeat at the ballot box. According to the Washington Post, authorities released numbers showing 63% of voters pulled the lever against a proposal defining marriage as a union between two adults; 37% approved
The vote was held today, 20 December.
While votes are still being tallied, few expect the final result to significantly change.
This past March, the Slovenian National Assembly made the nation the first central European country to pass a marriage equality law. However, according to the Associated Press, the Catholic Church gave support to conservative groups to put the measure on the ballot.
An organization called  Children are At Stake gathered 40,000 signatures to challenge the law before any LGBT couples married.
‘Today is a beautiful day … Christmas lies ahead, Christmas Eve too, when Christians gather before the Nativity scene to honor the holy family and the birth of Jesus,’ Metka Zevnik, a member of Children are At Stake, said to the Associated Press.
Brian Sheehan, co-chair of ILGA Europe’s executive board issued the following statement:
‘Naturally, this is a huge disappointment for rainbow families in Slovenia,’ Sheehan wrote. ‘But ILGA-Europe want to say thank you to all the thousands of voters who took the time to come out and cast their ballot in support of equality. Even though marriage equality isn’t a reality just yet, their dedication to the cause shows that great progress has been made. We have to remember that when this bill originally passed in March, it had impressive political support. The appetite is there for change.’
In 2012, voters rejected a referendum granting gay couples more rights.
Posted by Ulf Raynor at 5:40 PM