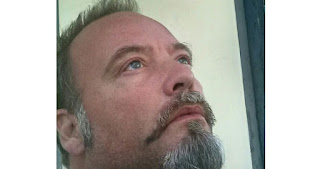 Daniel Kaufman, believed to be the only gay person killed during last week’s mass shooting inside the Inland Regional Center inside San Bernardino, died a hero.
The death toll of 14 could have been higher had Kaufman – who ran a coffee cart and worked as a job trainer at the facility – not tried to save the lives of others before he lost his own.
It’s been revealed that Kaufman was in the hallway of the facility when the shooting started and he began shouting ‘Get out! Go! Get out now! Hurry!’
He began to push people out of harm’s way and rushing them towards a door to escape. It was during this process that Kaufman was shot and killed.
He is being credited with saving at least four lives, according to The Pride.
Kaufman had been trading texts with his partner three years, Ryan Reyes, throughout the morning of the attack and Reyes had said  ‘he was his usual cheerful, chattering self.’

Reyes, 32, who had to wait an excruciating 22 hours before finding out his boyfriend’s fate, is expected to appear on TV’s Dr. Phil this week to speak about his late partner and the tragedy.