Be A Chump, Vote For Trump 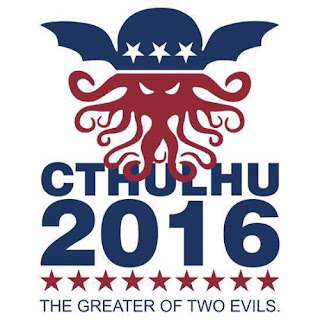 Republican presidential candidate Donald Trump is backing a proposed bill that supporters claim would protect opponents of marriage equality.
Introduced June 17 by Republican Senators Mike Lee of Utah and Paul Labrador of Idaho, the First Amendment Defense Act (FADA) seeks to bar federal “discriminatory action” against those who oppose the unions of gay and lesbian couples based on a “religious belief or moral conviction.”


“If Congress considers the First Amendment Defense Act a priority, then I will do all I can to make sure it comes to my desk for signature and enactment,” Trump said in a letter published last week by conservative outlet The Pulse.
The letter was written by the American Principles Project, which is working to secure passage of FADA.
Earlier this month, the social conservative group, which is led by Maggie Gallagher, the former leader of the National Organization for Marriage (NOM), said in a press release that six GOP presidential candidates – Ted Cruz, Ben Carson, Carly Fiorina, Mike Huckabee, Marco Rubio and Rick Santorum – had pledged to push for passage of FADA and sign it into law during the first 100 days of their administration.
“The priorities that the next president will need to establish are not known at this time,” Trump wrote. “Protection of the nation and its citizens must come first. Getting the economy back on track must be near the top of the list. Preserving and protecting the rights of our citizens must also be in the mix.”

Unless you've been under a rock, or living in a cave this last year, you should already know, that Trump is a bullshit artist, saying and doing anything that will appeal to the most base and weak minded among the sheep.
Sadly, I can't begin to fathom all the really stupid gay people and minorities that support this walking, talking pile of human excrement, unless of course, they themselves just have some perverse need to be treated like subhuman chattel.
Posted by Ulf Raynor at 5:16 PM