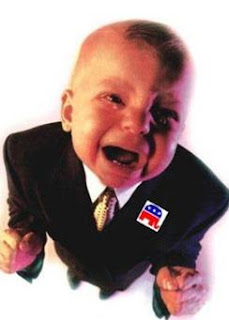 A Michigan representative plans to introduce a resolution calling on state officials to ignore the Supreme Court's June finding that gay couples have a constitutional right to marry.
State Rep. Tom Hooker, a Republican, read his resolution during a religious rally organized by the Christian non-profit Salt & Light Global and held Wednesday outside the Michigan Capitol, MLive.com reported.


“The Supreme Court is not a legislature,” Hooker told the audience. “Courts do not substitute their social and economic beliefs for the judgment of legislative bodies or elected and passed laws.”
State Senator Patrick Colbert, also a Republican, is expected to sponsor a Senate version of the bill.
At Wednesday's rally, Colbert said that the rights of Christians were under attack in America.
Hooker's resolution calls the Supreme Court's decision in Obergefell v. Hodges illegitimate “because the five justice majority, in reaching its decision, acted without constitutional authority and unconstitutionally usurped power expressly reserved by the United States Constitution to the states and the people.”

Of course, using this idiots reasoning, every ruling made by the Supreme Court would be rendered illegitimate.
Yup, it's election year in Michigan, so let the pandering to our base begin!

These religious fanatics will eventually destroy this country. They will not let the issue of gay marriage go. It doesn't affect their lives, but they will not stop. Live and let live is not in their makeup. This country will be ruined by these religious fanatics who live and die by the Bible. Look at all the Republicans running for President. They all scare the hell out of me. Lenin was right: "Religion is the opiate of the people."