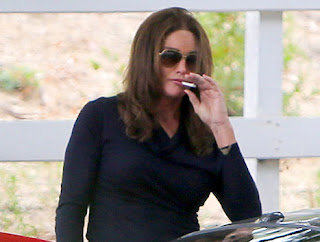 The city of Houston, Texas faced a battle over the Houston Equal Rights Ordinance – the only law in the city providing basic protections for LGBT workers as there is no federal or state law protecting workers from discrimination on the grounds of sexuality or gender identity.
However, voters opted to repeal the law last month, after opponents led by powerful local church groups exploited trans protections to claim in election ads that the law lets sex offenders into women’s bathrooms.
That does not appear to have dissuaded former Olympian Caitlyn Jenner, however – who met with one of the pastors who fought to repeal the law for her reality series ‘I Am Cait’.
Jenner attended the Christmas pageant at Houston’s Second Baptist Church and prayed with Pastor Ed Young – who has ties with a group that aired a shocking ad depicting a little girl getting raped in a bid to stop the law.
In a speech prior to the vote, Young had claimed of the LGBT rights law: “It opens up our city to something that I think is absolutely godless. I speak out on a very serious moral issue.
“Those of us who believe men should use men’s facilities and women should use women’s facilities, we will be discriminated against.
“It is totally deceptive and it is deadly – and I trust that you will vote no, no, no… it will carry our city further down the road of being totally secular and godless.”
Despite his comments, Jenner visited the church while filming an episode of her reality show – attending the Christmas pageant and praying with the pastor.
The pastor’s son, Ed Young Jr, wrote of the pair’s exchange: “Dad always taught me to love and pray for everyone. Tonight he prayed with Caitlyn Jenner who attended the service.”
It’s not the first time Jenner has caused controversy. She recently apologized after claiming that trans people who look like “a man in a dress” make people uncomfortable.
Her comments led many less well-off trans people to point out they don’t have the hundreds of thousands of dollars she is thought to have spent transitioning.

I don't hate gay people apology, once again in 3...2...1...
I don't know what's worse, her Republican exceptionalism and right wing pandering or the gay people and the liberal press and media that keep supporting and rewarding this anti-gay loser.
What the fuck does this messed up bitch have to do, to finally make you realize she doesn't support the LGB community, shoot a faggot in the face on live TV?
Maybe her and the Pope can go on an armed to the teeth queer hunting expedition with Katherine Knotts in Philly since it's apparently legal to do so there (and in most places in this country)

What you said- agreed. Bruce Jenner you do look like a man in a dress--I mean seriously would anyone mistake him for a real woman? except a blind person.--BTW does he still have a penis? Cause Catlin/Bruce if you don't get the snip then you have not really made the trip-- to being and living fully transgender. Frankly I still think Tony Curtis and Jack Lemmon did it better--though I would not mistake them for women--it was a damn funny movie-a classic.. Bruce/catlin does not make me laugh and what the fuck does she keep getting awards for? Now she's Barbra Walter's most fascinating person--without a sit down interview (because Diane Sawyer scooped her on that one)--Barbra just wanted people she could interview in New York City I think otherwise she was not fascinated. Well She's 88 years old and I guess driving up the mountain road to Catlin's Malibu aerie did not fascinate her. but seriously Ms. Jenner is fucked in the head confused about being gay, a woman, a man, a heterosexual, a homosexual or a Republican. How can she be Republican, bible thumping and anti-gay--this does not make any sense-- SIT DOWN BITCH.

Excuse me --I live in Philly --Katherine Knotthead lives in the suburbs-- Chalfont is not that close to Center City Philadelphia where she chose to do her rowdy drunk-In fact many suburban people are absolutely afraid to come into Center City Philadelphia (I digress) she'a a hick bitch who got off lightly--I think she resents gays for being more feminine than she is in some cases or being better dressed--maybe a guy she was in love with turned out to be gay -whatever- she is twisted and a bully and the jury was misguided . But please don't saddle the city of Philadelphia with this additional poor image - we have enough problems- like the fattest people per square mile or the rudest fans of any city or the dirtiest streets in West Philly, North Philly and South Philly where the poor people live.. So don't give us this gay basher- we have enough problems.

if a guy wanted to dress up in drag and rape women in toilets is it very likely that he would let a `city ordinance` stop him?