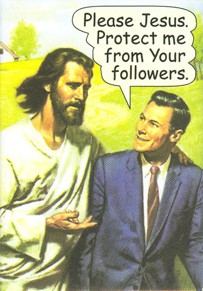 Ted Cruz, Marco Rubio and Ben Carson are among the Republican presidential candidates who have signed a pledge to take immediate action to protect opponents of marriage equality.
The American Principles Project and Heritage Action for America, the political arm of the Heritage Foundation, joined in asking presidential candidates to pledge to push for passage of the First Amendment Defense Act (FADA) and sign it into law during the first 100 days of their administration.


Introduced June 17 by Republican Senators Mike Lee of Utah and Paul Labrador of Idaho, FADA seeks to bar federal “discriminatory action” against those who oppose such unions based on a “religious belief or moral conviction.”
“The Federal Government shall not take any discriminatory action against a person, wholly or partially on the basis that such person believes or acts in a religious belief or moral conviction that marriage is or should be recognized as the union of one man and one woman, or that sexual relations are properly reserved to such a marriage,” the bill states.
Carly Fiorina, Rick Santorum and Mike Huckabee have also signed the pledge, while Jeb Bush, Lindsey Graham, Rand Paul and Donald Trump have not but have expressed public support for FADA.
Four GOP candidates – Chris Christie, John Kasich, George Pataki and Jim Gilmore – have neither signed the pledge nor expressed support for FADA.
“It has become clear that the First American Defense Act is rapidly becoming a signature issue that unifies the GOP,” said Maggie Gallagher, a senior fellow at American Principles Project. “Real, concrete protections for gay marriage dissenters appear to be just one election victory away.”
Posted by Ulf Raynor at 5:54 PM

OK. First step: all those wishing to avail themselves of this FADA thing must register.