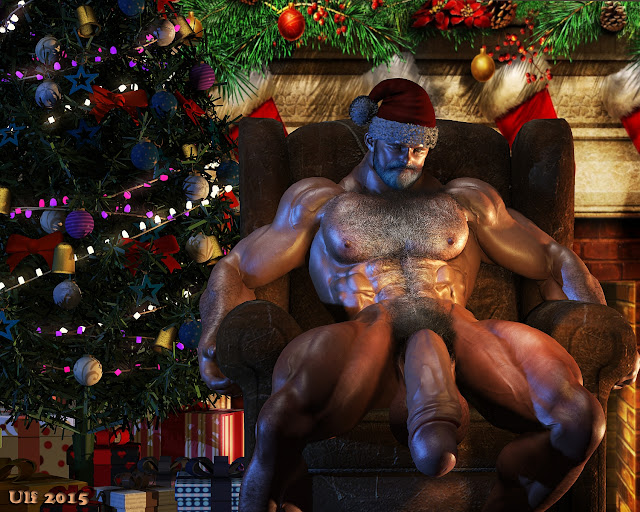 Wouldn't attempt to sit on that, but I'd surly lick that lollipop from top to bottom!! Woof!

this Santa's got enemies, and he's let his guard drop

next pic: five hooded bodybuilders in full black Under Armour jumpsuits have appeared. Two hold his arms and two take his legs. The fifth has got his electrodes ready, already wired up from the tree lights. They take turns in juicing up his balls, and electro-sounding his cock. Dawn breaks. They leave him slumped, exhausted, and covered in spooge. He's lost 3 kilo of sweat, and the `lights` are still crackling. His seven cumshots are splashed over the floor. He knew that one of them was Armand. He thought of him, got hard, and jerked out another load. The lights fused